I am a passionate cyclist, and I love the streets of London. Most of my travels are daily 25-minute rides to work. Over time my route became boring. I decided to make it a little bit more interesting by taking the parallel streets on my way there. I bought a map of central London and started to colour in the streets to mark the routes that I have taken. And then I got obsessed with it. 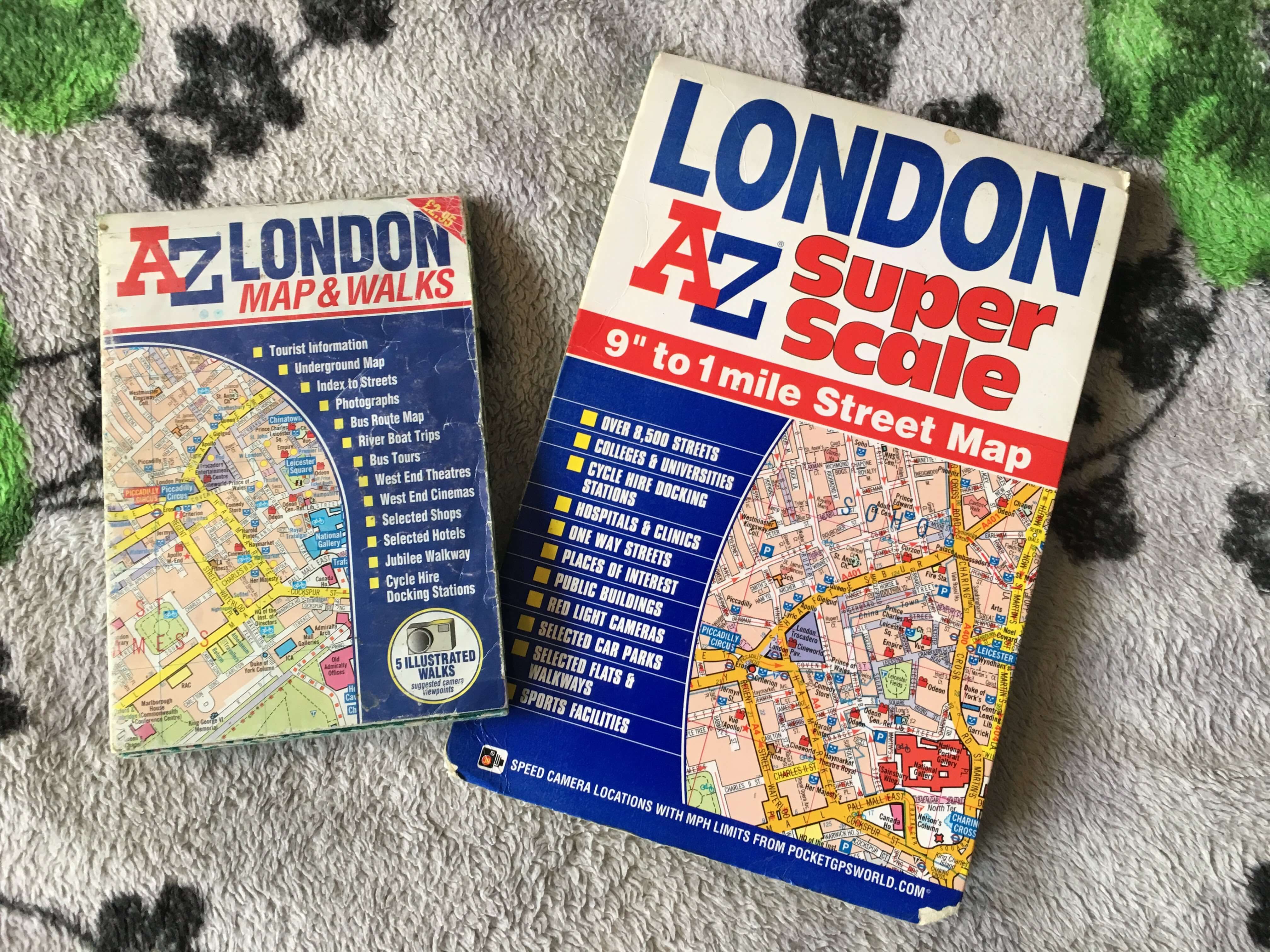 In the beginning, I used the “London A-Z Map & Walks” map. It covered a significant amount of central London, but it wasn’t enough, and the shape was not regular. So I found the “London Super Scale A-Z Map” that was rectangular and covered a larger area. An essential thing for the map of my choice was that streets are laid out very accurately. Including some irregular times off, overall it took me four years to visit every single road on the map. When I started this hobby, it took me 30 to 40 minutes to do the route. Later it expanded to 2 hours to get to the office when I tried to reach the furthest places on my map. One of the main goals was never to be late for work. From the beginning, I planned to visit not only the main roads but every single accessible mews, yard, park trail, and a path that was possible to go through. I used Endomondo app to have a proper record of my journeys and proof that I have been there. After every trip, I prepared my next route in Google maps where it was easy to adjust streets to the next ones and mark points to revisit if I missed something.

The most satisfying feeling I got when I found a shortcut in some of my trails. It was like finding some portal that links two separated parts on the map. There were some obstacles, like road closures or construction works, that sometimes prevented me from accessing the streets. I marked all of those streets as necessary to visit later when the street was accessible again (like London bridge station surroundings and few streets around Barbican etc.). Occasionally I found my route trough yards and gardens that are not visited by passersby very often. If anyone asked how did I get there, I had to pretend to be lost. I take traffic and rules very seriously, so I always have to be aware of the surroundings in unfamiliar places. If it is not allowed to cycle through the park, I always push my bicycle instead. 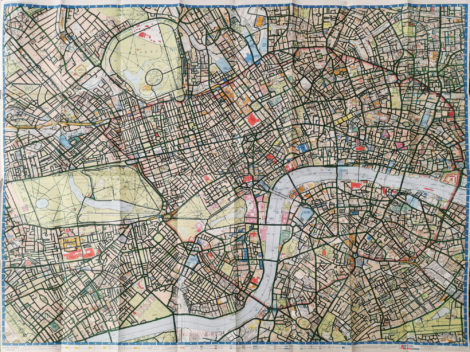 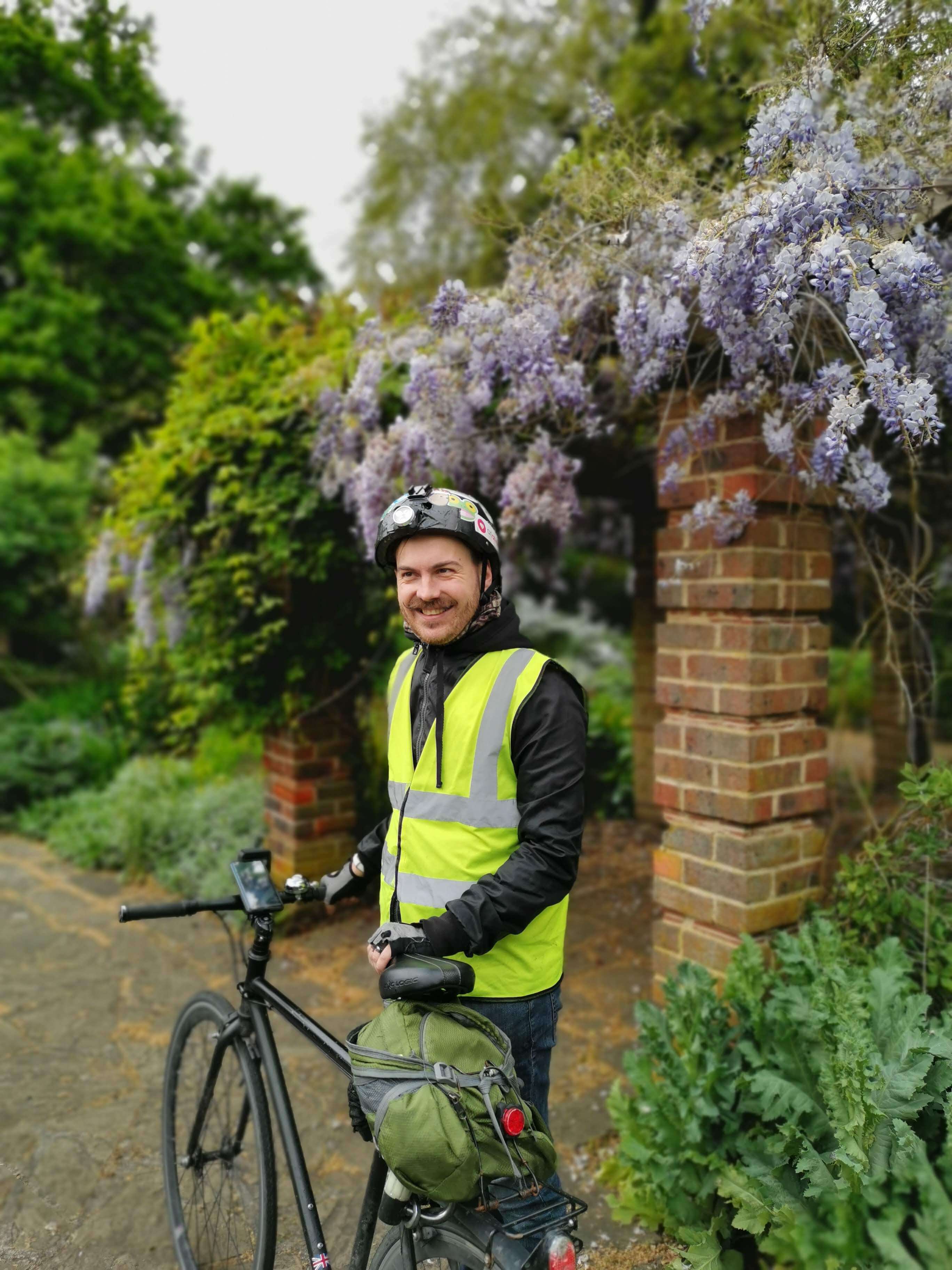 Colouring in the street on the physical maps

I didn’t take a lot of pictures of my maps over time, but sometimes I had to photo some bits of the maps so it would be easier for me to remember which streets I have missed before I show up in that area again. Here is a little gallery of the completed maps and various other stages before. 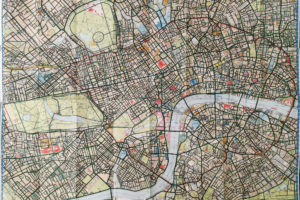 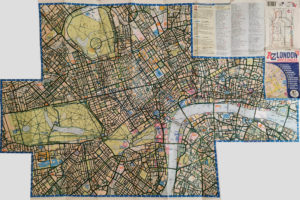 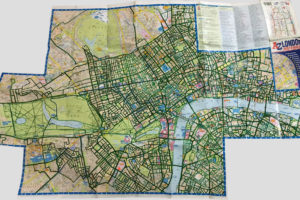 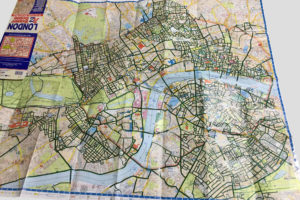 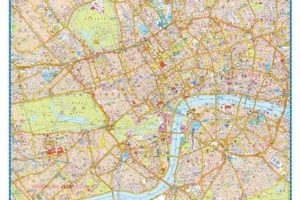 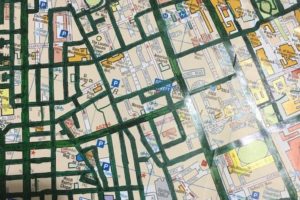 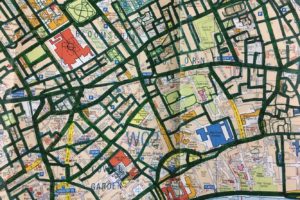 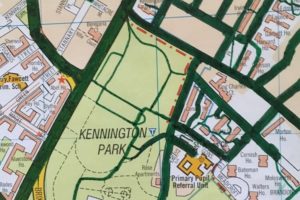 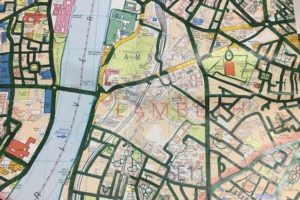 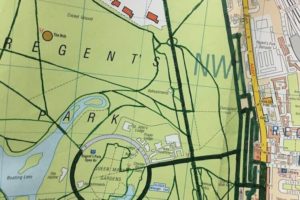 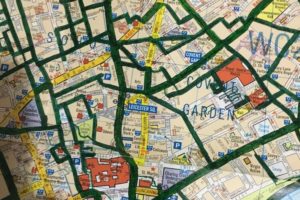 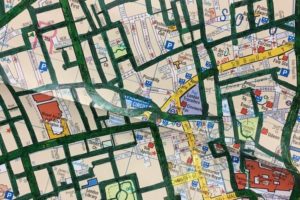 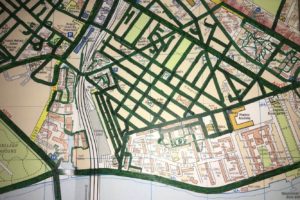 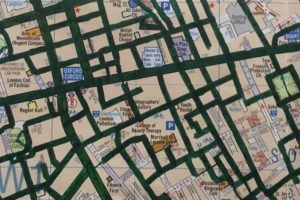 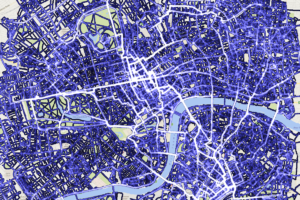 Wrapping it up all together

I exported all my tracks from the Endomondo app and put together in a single video. Now we can see how I gradually covered all the visible space on the map, and the result was very pleasing. It resulted in thunderstorm type of effect where each path looks like a lightning flash, that reveals London’s street grid.

That was an enjoyable waste of time, and I liked every bit of it, planning, executing and then colouring in the streets and paths where my route took place. I found it a great way how to discover new areas in London and familiarise all the boroughs of central London. This journey for me made every corner of central London feel like home. 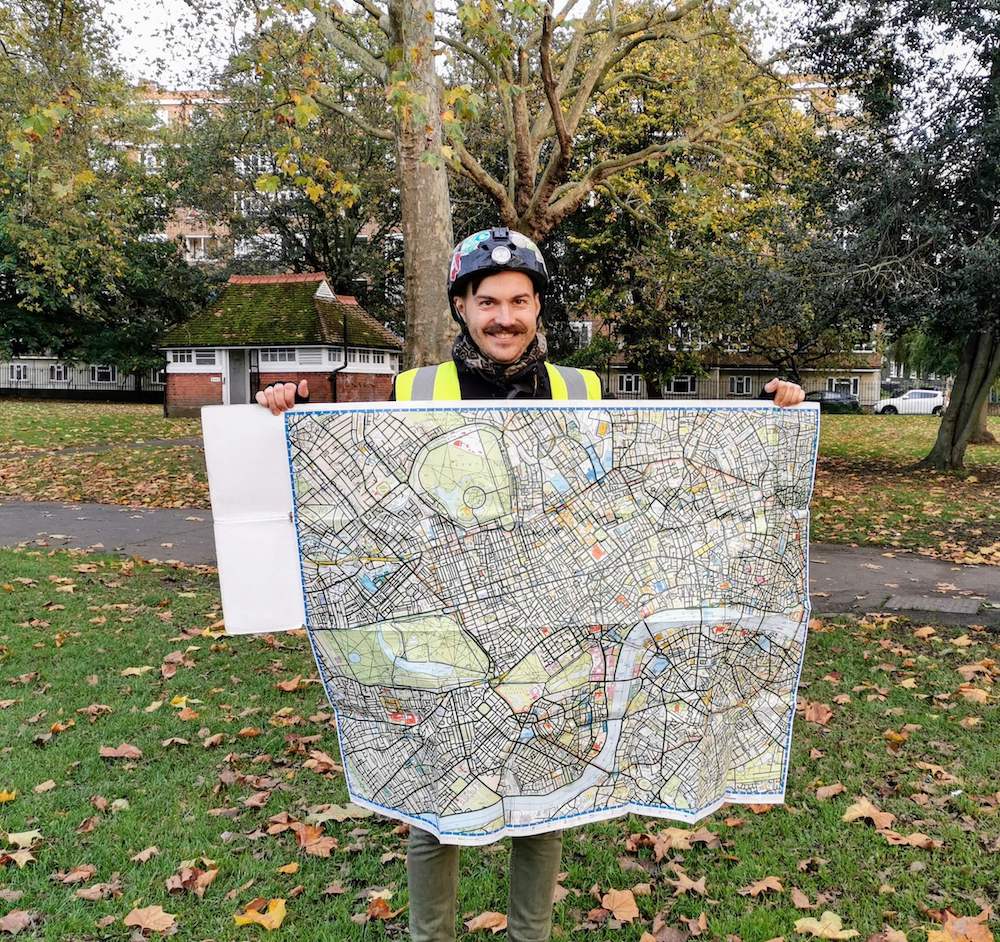